1.0
In the Beginning
2.0
Expansion and Consolidation
3.0
Latest Developments
4.0
Our Team
5.0
Our Process
6.0
Our Focus
7.0
Our Footprint
8.0
Our Partners
9.0
Associations and Certifications 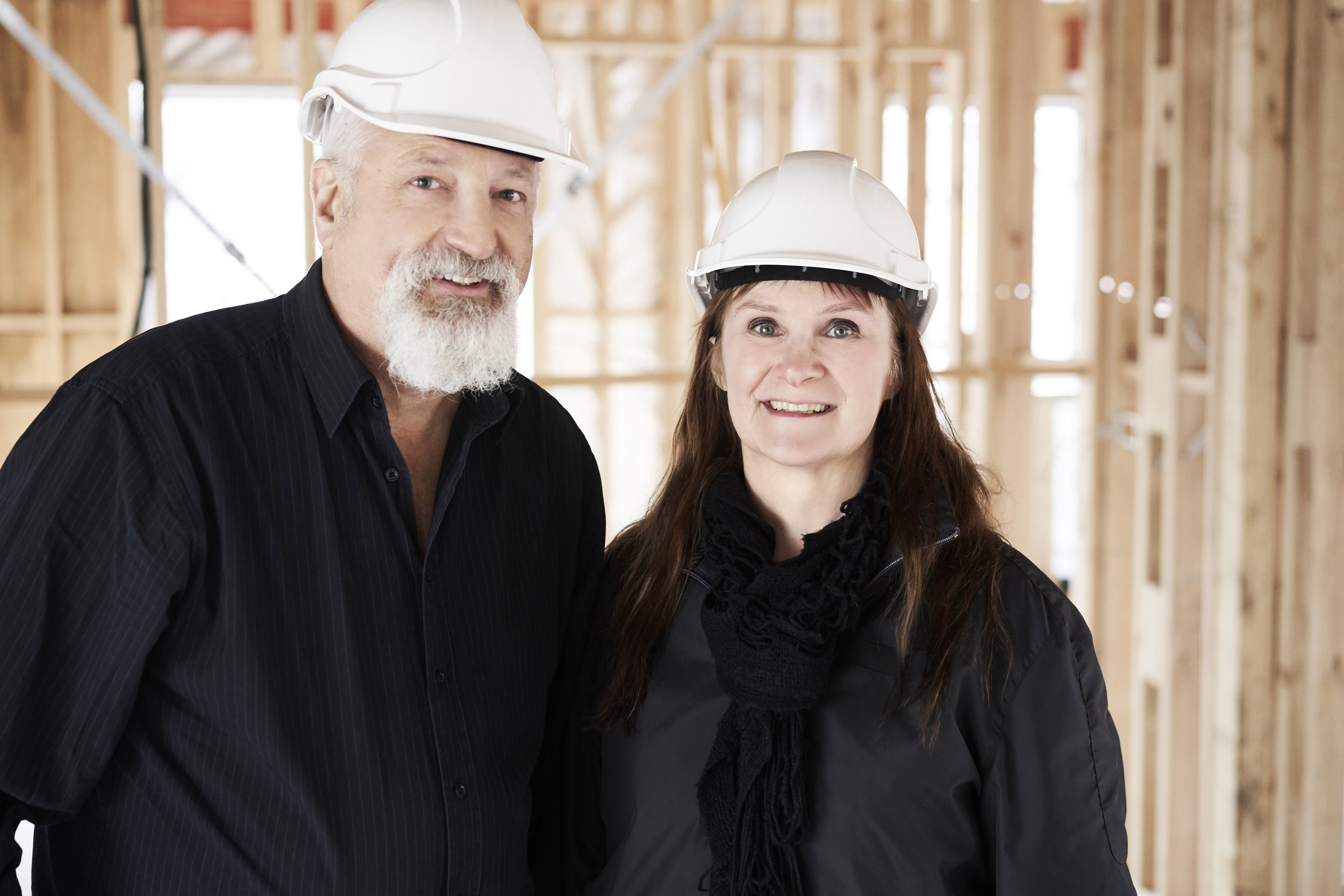 Founded by Rob van Heusden in 1984, VHC Engineers has built a reputation for integrity and accuracy, delivering cost-effective engineering solutions to the residential building industry without compromising on quality.

Over the course of 35 years, VHC Engineers has grown from a small firm to become one of Melbourne’s leading engineering consultancies for the residential building industry. 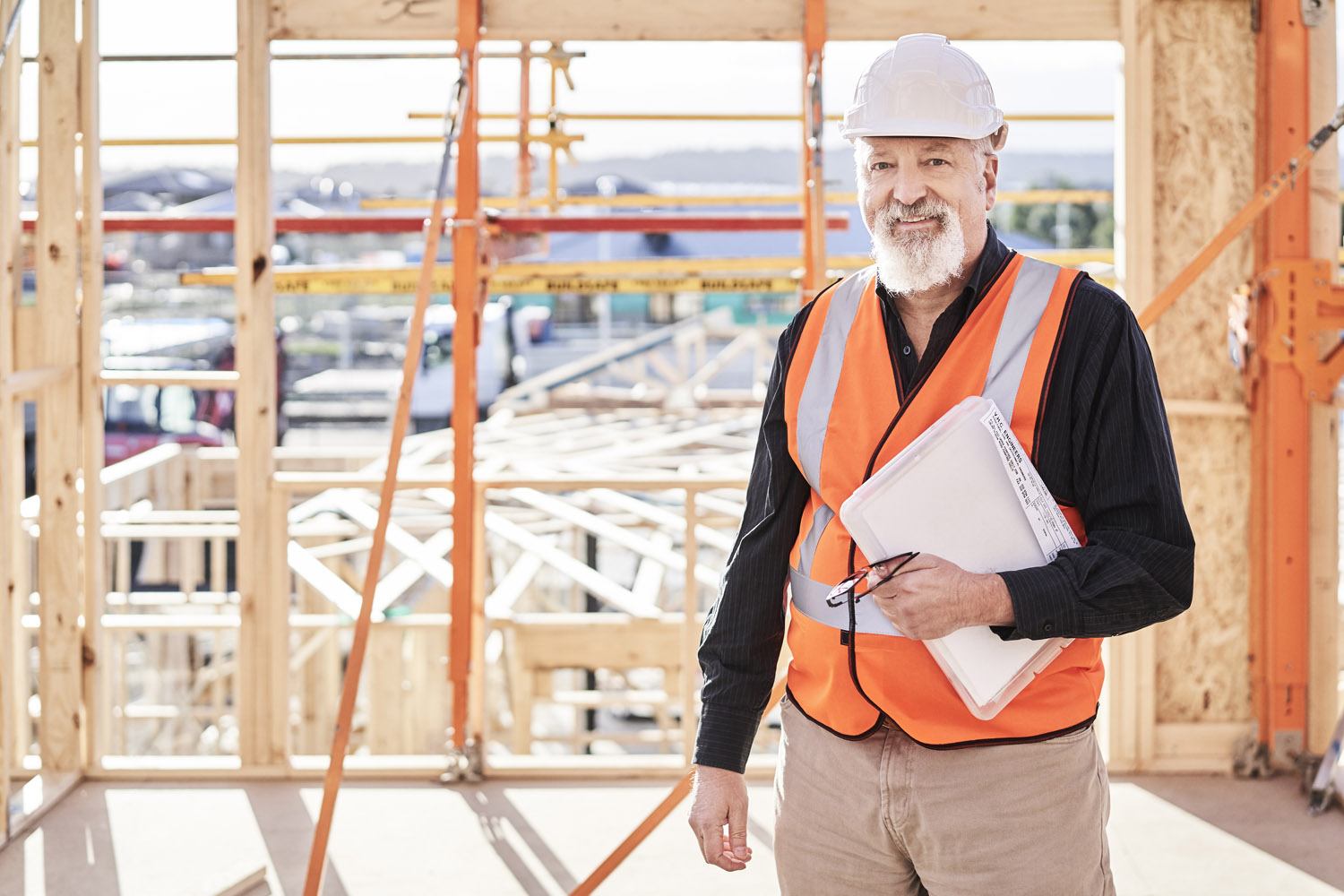 VHC Engineers started in 1984, commencing operations with two civil engineers who had years of experience working for an established geotechnical company. Today, we provide a range of engineering and soil testing services, with a strong focus on clever design that leads to cost-effective and environmentally sustainable outcomes. Our team is structured to handle a high volume of projects, while still delivering results on time.

Since 1984 we have worked on more than 60,000 homes in Melbourne, Geelong and surrounding suburbs, delivering our range of engineering and soil testing solutions. 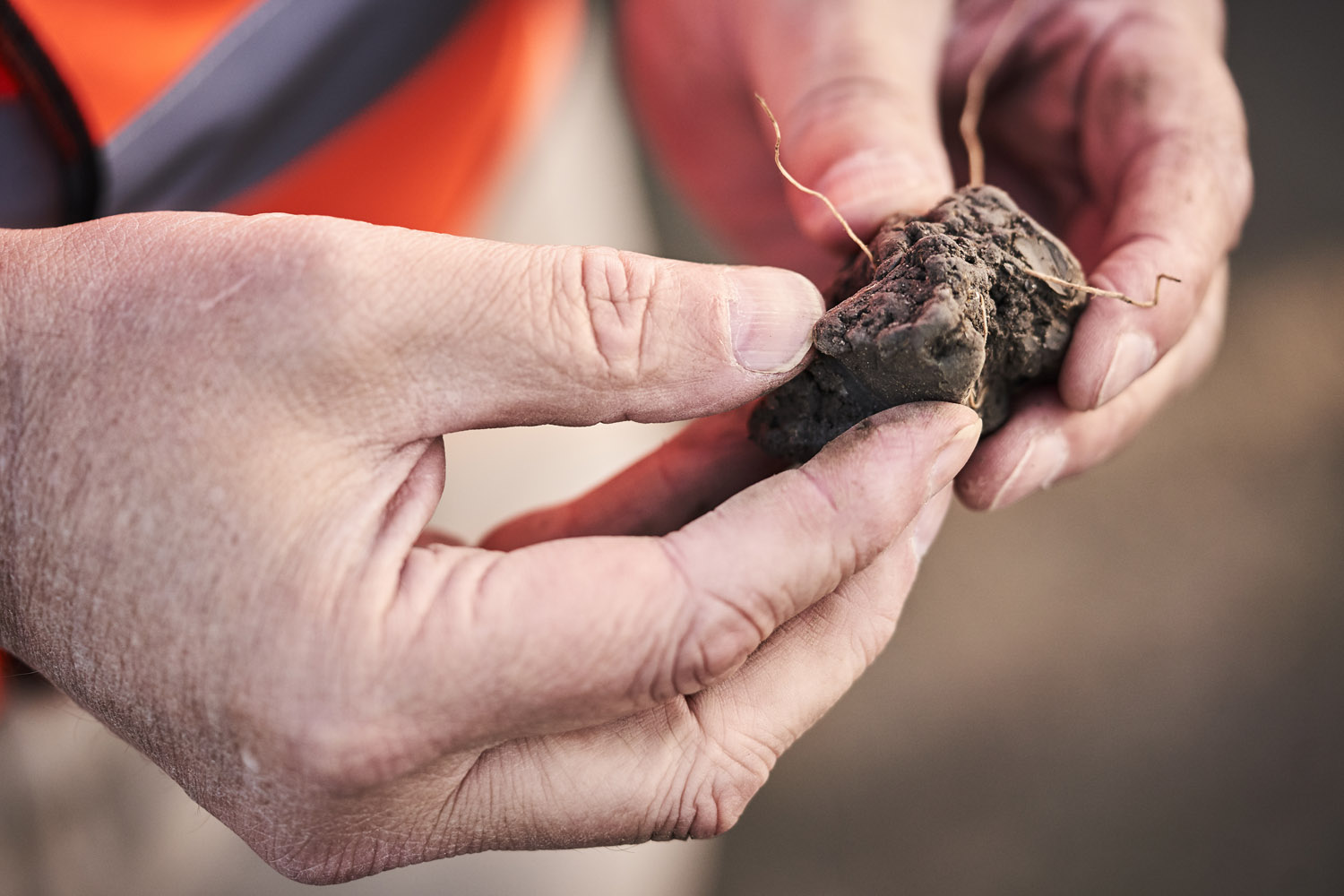 Our firm has grown over the years, and we now have 10 office staff and 7 field technicians. The growing demand for our engineering and soil testing services sees us expanding into Ballarat, Bendigo and Traralgon in regional Victoria. Our many years of experience combined with thorough site testing gives us a unique insight into the local geography of the areas we service throughout Melbourne and regional Victoria.

VHC Engineers has harnessed the expertise within our team to develop our own unique in-house system, to further enhance the accuracy of our site and soil testing reports. 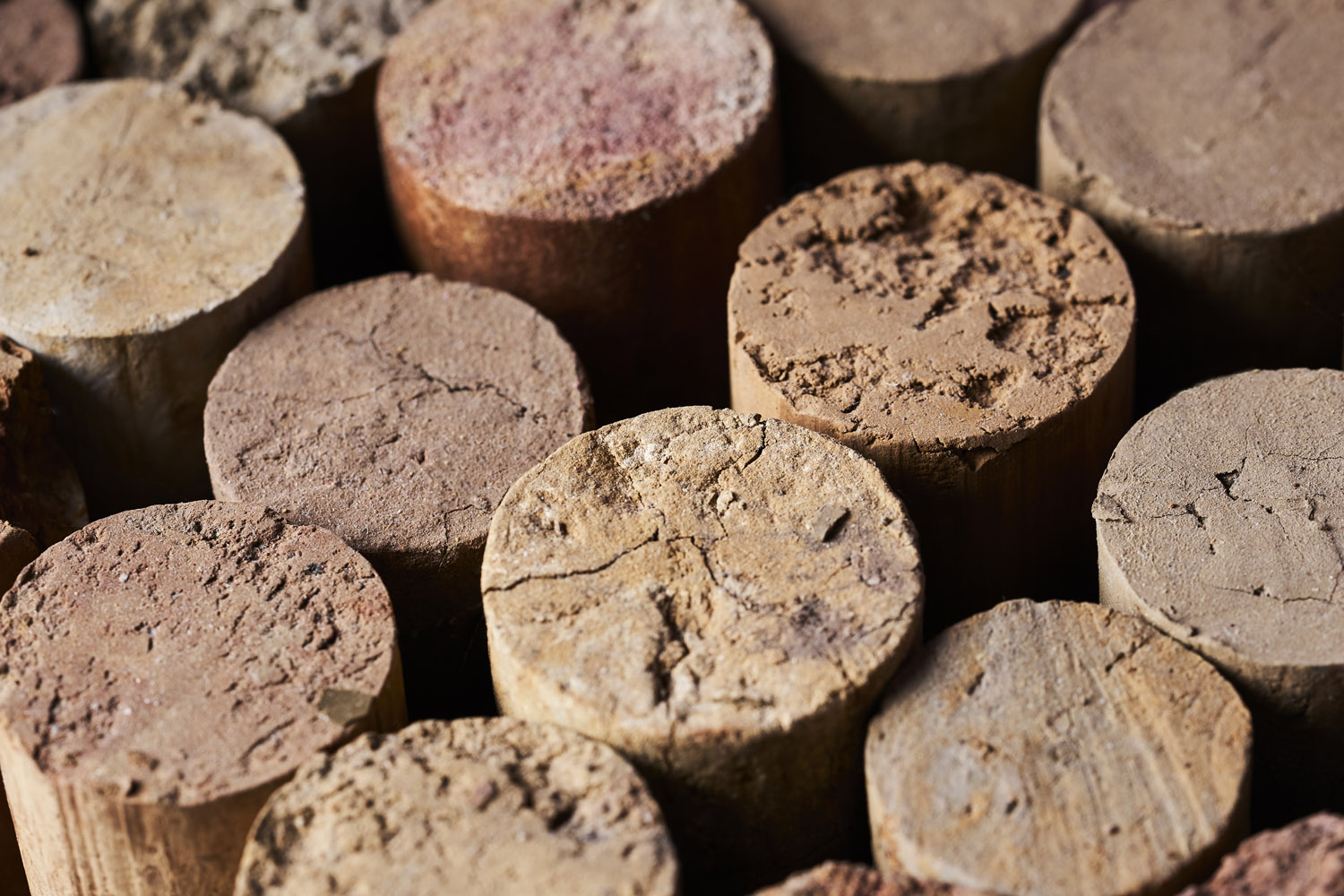 “Location Information System” (LIS) was developed by VHC Engineers to collate data from sites all across Melbourne and Geelong. It allows site information from one particular location to be assessed in relation to the nearby vicinity using spatial analysis techniques and location intelligence. Containing data sets from over 20,000 locations, LIS augments the quality and confidence of all our site reporting. LIS contains information from the most current 20,000 site addresses tested and soil profiles from about 100,000 test borehole locations. 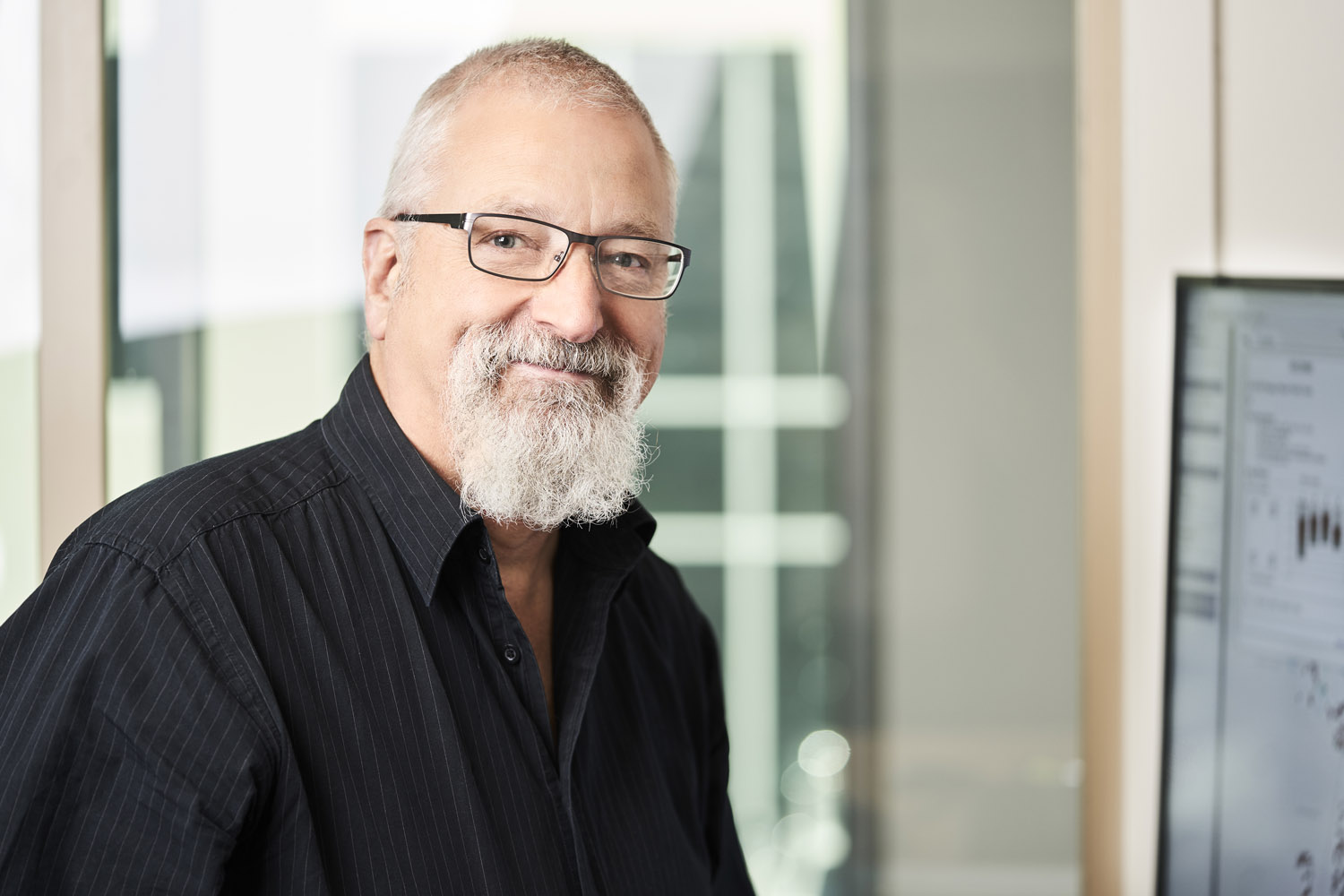 Director and the founder of VHC Engineers, Rob graduated from Swinburne College of Technology in 1976 and has decades of experience as an engineer. 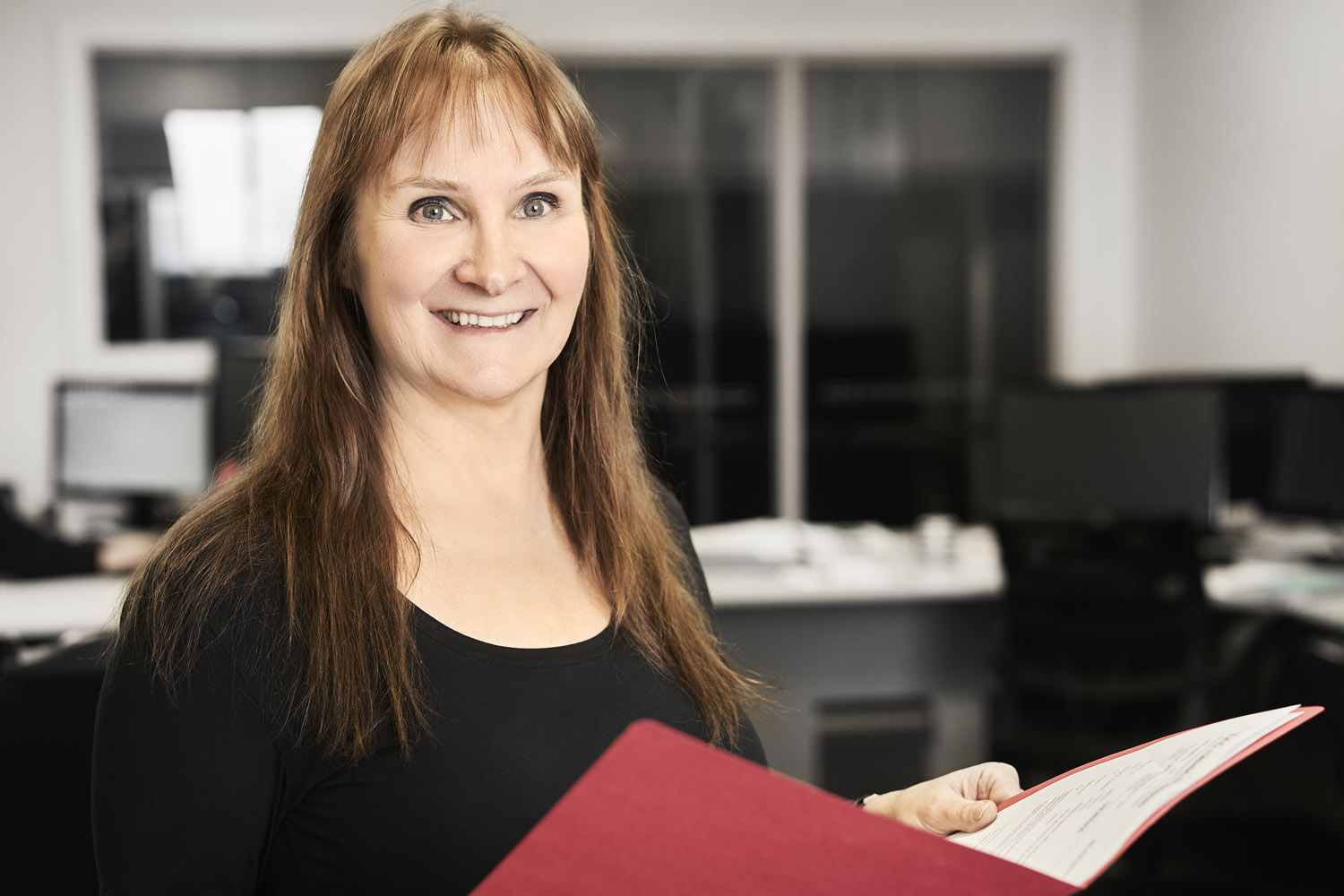 Femke has been with VHC Engineers since 2006. In that time she graduated from the Chisholm Institute with qualifications in management and HR. 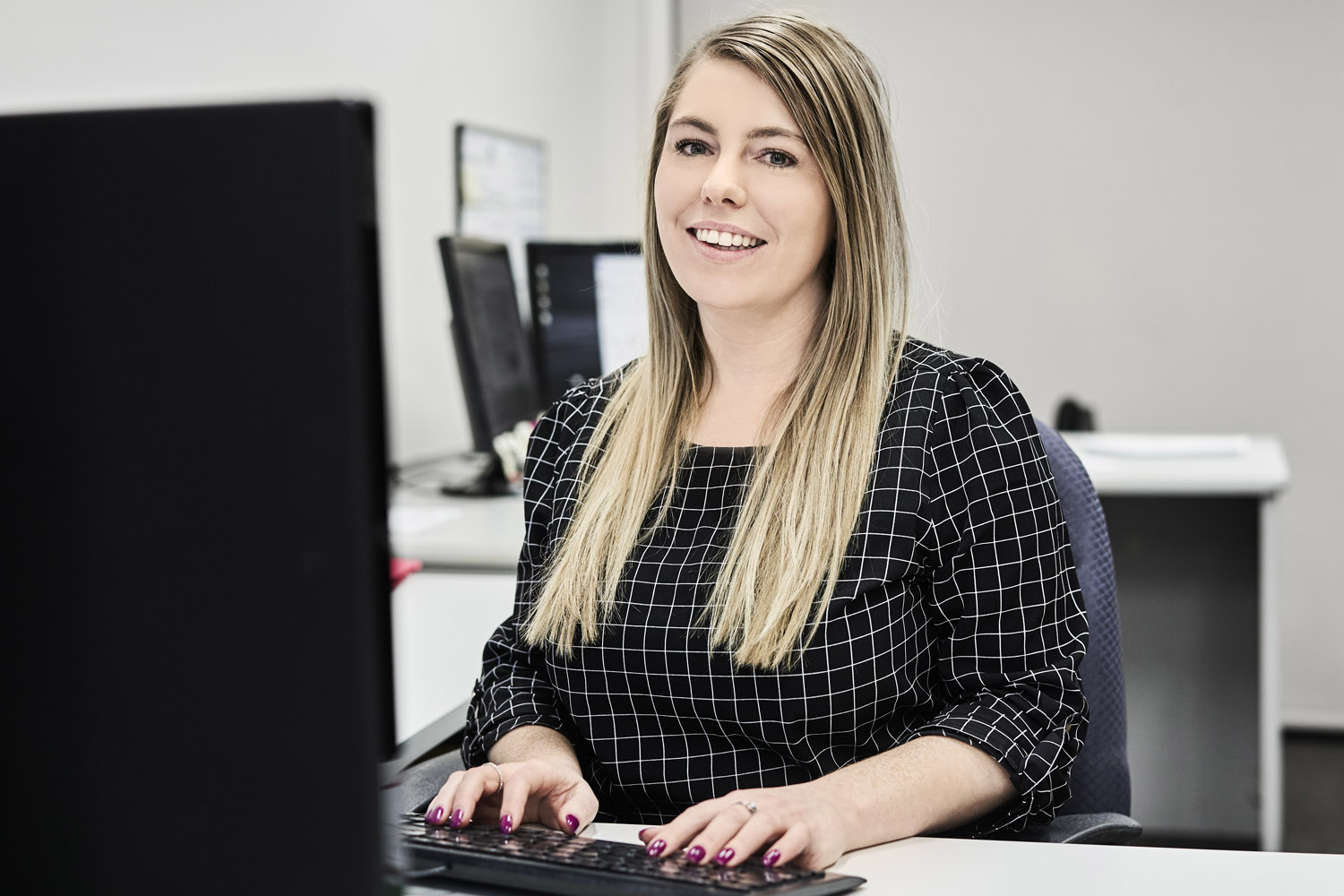 Brooke is the senior administrator at VHC Engineers and co-ordinates fieldwork and site inspections; and is a point of contact for clients wishing to make queries or requests.

Sally joined VHC in 2020, bringing with her great communication skills and outstanding work ethics. She co-ordinates fieldwork and site inspections; and is a point of contact for clients wishing to make queries or requests.

With qualifications in Civil Engineering from Monash University in 2011, Alex is an integral part of our close knit team and key to our design process.

Arun completed his PhD in Geotechnical Engineering in 2016 (Swinburne) and joining VHC in 2017, bringing with him a wealth of knowledge and skill.

With years of experience in structural engineering, Charlie's technical skills and expertise are a valuable asset.

Graduating from RMIT in 2000, Dave has 20 years experience in structural engineering and has been with VHC Engineers since 2007.

Matthew joined VHC Engineers in 2017, and has since completed his Bachelor of Engineering (Civil) / Bachelor of Business at Swinburne.

With over 20 years of experience in business accounting, Adele helps ensure the smooth running of operations for VHC Engineering.

Jason has worked with VHC for 15 years, completing over 45,000 site tests. He regularly presents at HEDRA and FFSV seminars.

Robert completed his Associate Diploma in Civil Engineering in 1998, and contracts his services to VHC Engineers as a field geotechnician.

Guy has worked with VHC Engineers for decades, and now enjoys working for us part time when he’s not hitting the ski slopes.

Scott has conducted field work for VHC Engineers since 2000. His knowledge of the Geelong/Surfcoast region is highly valued.

Div contracts his services as a field engineer from DTM Geocivil, and he has worked with VHC Engineers since 2015.

John had years of experience as a builder and carpenter by trade, before registering as a VBA approved Building Inspector in 2012.

John is the IT Manager for VHC Engineers, and he has been working with the company for over 10 years to oversee our IT operations.

Campbell works part time at VHC Engineers while studying at Swinburne. He works with our LIS database, to ensure its accuracy.

A Refined Process, Built for Speed

Our team is structured to handle a large number of projects, and we work with builders to deliver high volume engineering outcomes within short time frames.

One of our Geotechnical Field Technicians will undertake an assessment of the site, together with establishing several test site locations to determine the soil profile. We encourage the five point testing to our clients for the best results.

Our field team sends the site information back to the office. This includes photographs, BAL assessments and Wind assessment. Depending on site conditions, soil samples are returned to our lab for specialised testing.

In the office all the information on the site is prepared to go into the final report. In combination with our LIS, a thorough geotechnical report for the site is generated.

Based on the geotechnical report, a footing design is undertaken together with any required structural elements like steel beams in the frame. Our engineers always draw whatever they design; fully skilled in AutoCad, they will follow your project to completion.

Cost-effective solutions with a commitment to quality

We’ve built a reputation for delivering outcomes that balance cost with quality.


With 35 years of experience in the sector, VHC Engineers has a proven track record of delivering cost-effective engineering solutions to the residential construction industry.

Integrity is a core value at VHC Engineers, and we always strive to deliver the most cost-effective solutions to our clients without compromising on quality standards.

Our team is structured to handle a large number of projects, and we are able to work with builders to deliver high volume engineering outcomes within short time frames.

The quality of our reporting is enhanced by our in-house “Location Information System” software, containing a database drawn from approximately 100,000 borehole test site locations in Melbourne and Geelong.

By soil testing every site and encouraging five-point sampling we achieve the most accurate picture of the soil conditions; minimising over-engineering and reducing costs.

Our lab testing gives a detailed picture of the site geology, providing data on the deep seated soil properties that allow us to design with greater accuracy for the soil reactivity. Our testing is highly specialised and state of the art.

One of our core values is economy, and VHC Engineers is committed to delivering the most environmentally sustainable options wherever possible. 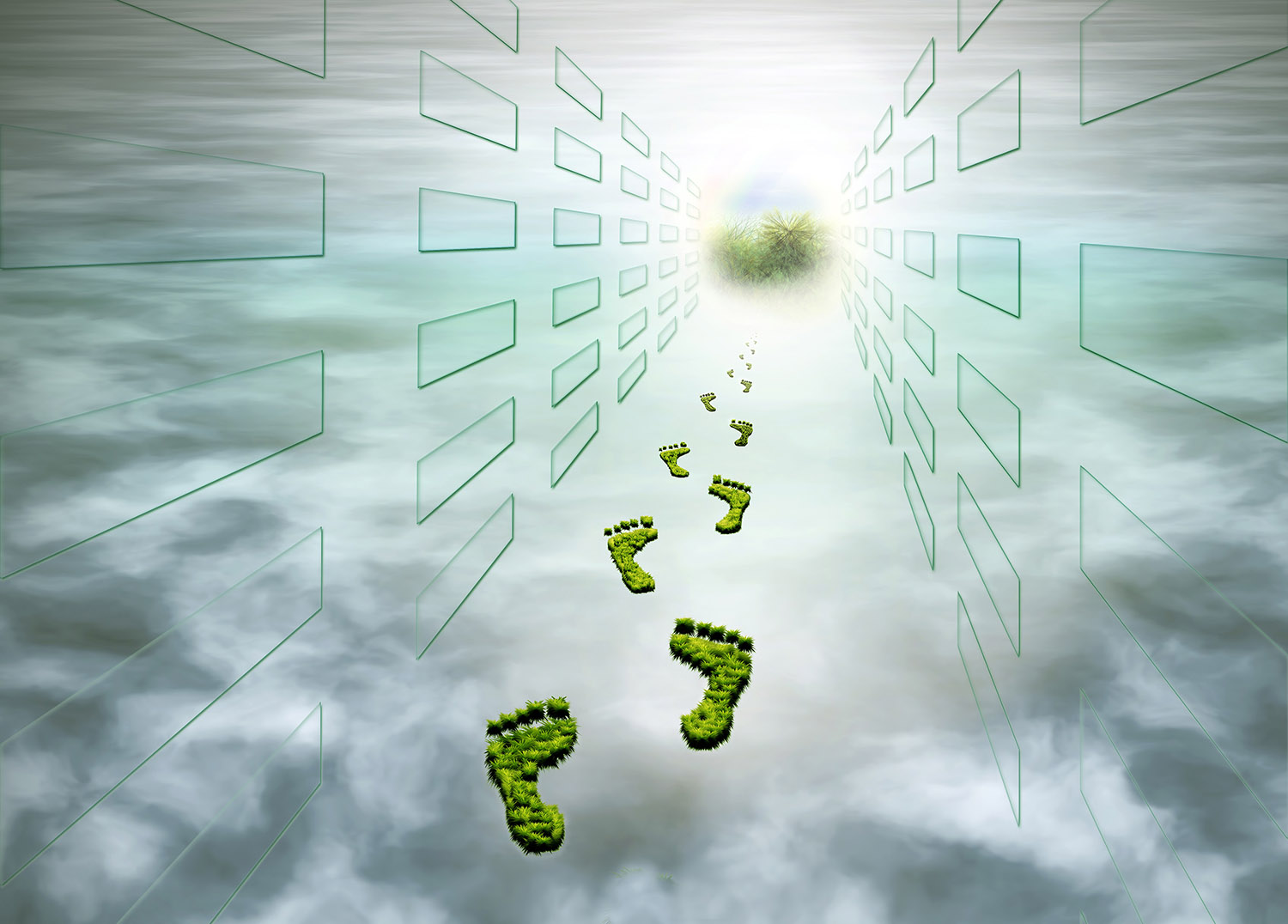 Sustainability is one of our core values.

Environmental awareness plays a fundamental role in our core values.

At VHC we pride ourselves on challenging conventional models. We strive for new innovative designs and ideas that meet our desire to lessen environmental impact whilst retaining structural integrity.

Our distinctive research permits us to access the most up to date information available. This in turn supports us in our efforts to model the most cost effective, environmentally conscious and builder/homeowner friendly designs possible.

VHC Engineers has access to a database compiled from 100,000 borehole test site locations in Melbourne and Geelong.

VHC Engineers is Supported by a Network of Trusted Partners 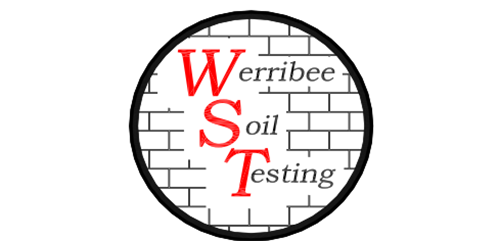 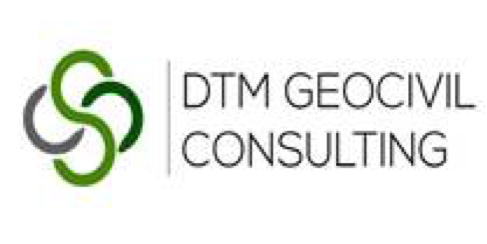 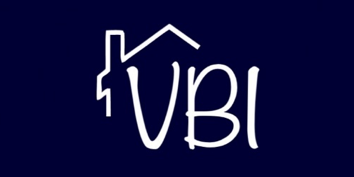 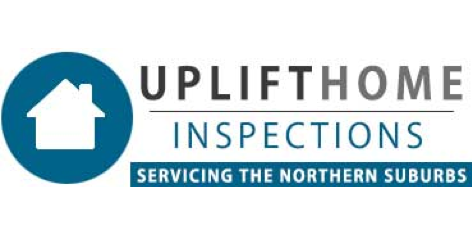 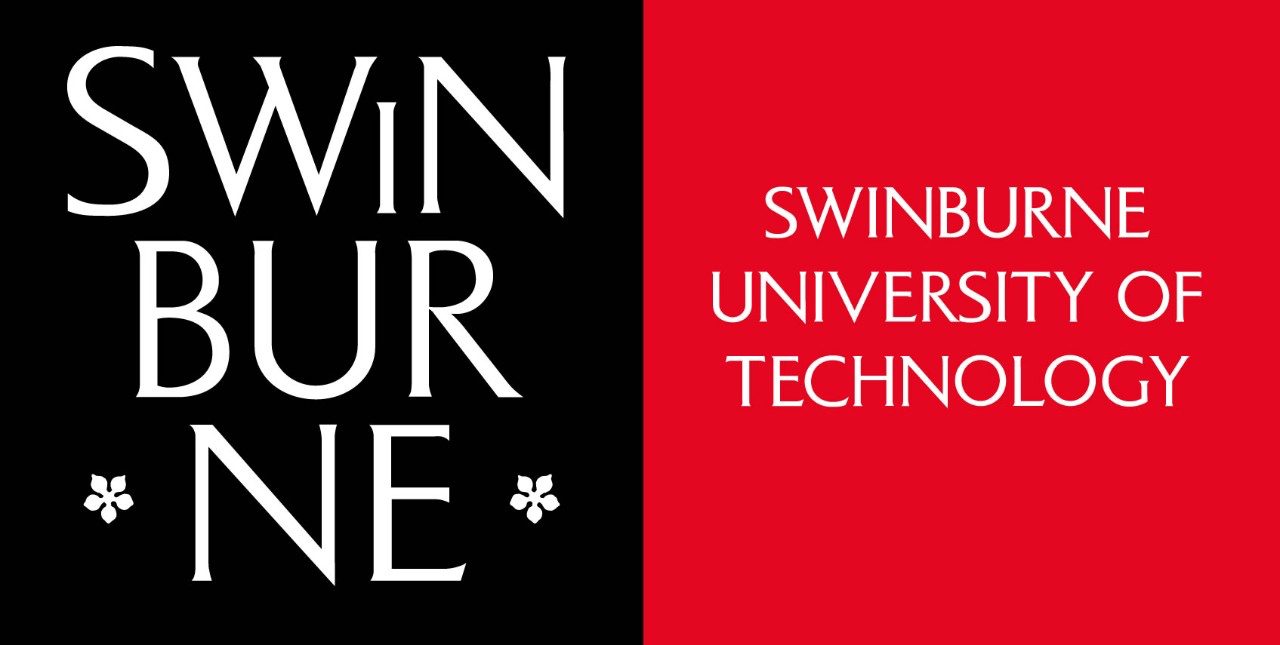 VHC Engineers is one of Melbourne’s leading engineering consultancies, offering a range of engineering and soil testing services to residential builders. We deliver cost-effective solutions, without compromising on quality.